H.T.A.I. is very concerned that proposals outlined in the Framework Document, published by the Minister for Education and Skills, will result in the removal of History from the core of subjects for the Junior Cert., where it has been for the vast majority of students since the foundation of the state.

“Arising from the NCCA Report “Towards a Framework for the Junior Cycle” to ask  the Minster for Education to assure Seanad Éireann that History will be reinstated as a core subject for the Junior Certificate”[Independent Senators – Taoiseach’s Nominees]
Seanad Éireann Private Members Business, 16.45, 18th September, 2013
Transcript >>

Irish history- will it be understood in the future?

The Future of History – Are we teaching the Kids to forget the Past?
Ciaran Brady, Professor of Early Modern History and Historiography, TCD, in conversation with Professor Diarmaid Ferriter, UCD (The Right Hook, Newstalk, 19th August, 2013
Listen to Interview >>

History students will no longer tolerate or believe grand narratives
Ireland has torn itself apart in the name of a single view of history – a history filled with myth and prejudice, rather than scrutinised with irony and intelligence
Colm Tóibín,
The Guardian, Saturday 10 August 2013
READ MORE >>

Teaching of history is no longer stuck in the past, so let’s not leave it there
Ciaran Brady, Professor of Early Modern History and Historiography, TCD, Ir ish Independent, 7 August, 2013
READ MORE >>

History must be valued but it also has to be taught well
Editorial, Irish Independent, 2nd August, 2013
READ MORE >>

Address by Ruairí Quinn, TD, Minister for Education and Skills at the MacGill Summer School, 1st August …
‘My view is that, wherever possible, choices need to be made by students and by schools. Those choices should be supported by the state. Much of the discourse in this space is dominated by supporters of one particular subject – history’. …
… ‘Historians owe a duty to the country to show why their domain of knowledge matters (and it does), and why 12 year olds and their parents should take heed. Historians must advocate, argue and defend. But the target of their discourse should not be the state.
Their conversations should be with the students who matter, and their parents.
They should seek to influence, not to coerce’.
READ MORE >>

Dáil Questions,4th July, Deputy Patrick Nulty to Deputy Ciarán Cannon (replying on behalf of the Minister for Education and Skills, Deputy Quinn). in his reply he stated … Curriculum choice is an important factor in motivating students to learn and in encouraging them to remain in school to the completion of the senior cycle. ….
… The role of history in the new junior cycle will be balanced against the contribution of the other subjects in enabling students to engage with a new broad and enriched junior cycle programme that meets the requirements of the principle statements of learning and key skills.
READ MORE >>

Dáil Questions, 3rd July, Deputy Maureen O’Sullivan to Minister Ruairí Quinn. in his reply he stated …
‘I am sympathetic to the study of history right through to sixth year‘ …

‘What the History Teachers Association of Ireland should do is engage actively with the National Council for Curriculum and Assessment to discuss how their concerns can be addressed within the new curriculum’. …

‘The History Teachers Association of Ireland certainly has articulated these concerns and all I would say to those teachers is to engage productively with the National Council for Curriculum and Assessment, NCCA, to work with it and to ensure the core values of an historical education are retained within the new curricular development. While I do not believe there is any conflict there at all, I recognise many teachers are fearful and I wish to address those fears’.

Joint Committee on Education and Skills

The Association made a very successful presentation to the  meeting of the Joint Committee on Education and Skills on Wednesday 12 June 2013 in Committee Room 3 at 1.00.p.m.
The Topic under discussion – New Changes to Junior Cert Curriculum [History Teachers Association of Ireland and Department of Education and Skills]
HTAI delegates: Gerard Hanlon,
Niamh Crowley, Granú Dwyer together with Professor Diarmaid Ferriter, UCD and Ms Catriona Crowe, National Archives.

The following slide, ( p. 44) is an illustration of a timetabling option from the DES site, :

Options: History or French or Business Studies ………. [other options]

A Framework Document for Junior Cycle, October, 2012in

The hardcopy of the document reached the schools March, 2013. The following are some of the relevant highlights:

English, Mathematics and Irish will feature … for all students ….

Schools will have flexibility when including other subjects in their programme ….

the amount of time devoted to a subject can vary from school to school ….

The report from the N.C.C.A., was accepted by the Minister. In the press release of (as published on the DES website), he alludes to the disquiet of History teachers….

The NCCA also published their response to the Minister’s decision. This press releaes outlines the key features of the new proposals. In brief
Irish, English and Mathematics form a compulsory core.

A cap of eight subjects which can be taken for assessment for qualification purposes.

All students will be required to cover 24 statements of essential learning which are focused on such areas as communications, language, mathematical concepts, critical thinking, citizenship and sustainable values, environmental, economic and social knowledge, consumer skills, ICT, creating and appreciating art, valuing local and national heritage and recognising the relevance of the past to the current national and international issues, well being, and ethical and responsible decision-making.
READ MORE.

Towards a Framework Document for Junior Cycle, 2011

HTAI Delegation meeting with Minister for Education and Skills, 4 April, 2012

In 1996, the then Mnister for Education, Niamh Breathnach, published a White Paper on education, Charting Our Educational Future.

These proposals would have resulted in history being removed as a core subject at Junior Certificate.

HTAI immediately initiated a campaign to reverse that decision and alert the public to the implications for our society.

A landmark debate (spread over two sessions) took place in the Dáli.

The Minister reversed her decision and history remains a core subject in the Junior Certificate.

Currently, we are publishing a short selection of articles from that period..

Below is a representative selection of the views expressed in the sessions of Private Members’ Business on the 28th and 29th, May.

They said….
‘History is a broadly based subject. It is extremely important for any society to know about its past and to preserve its cultural and linguistic heritage. It is more important for countries such as Ireland where the preservation of cultural identity is very important given that to a certain degree we have lost our linguistic identity’
Micheál Martin, FF
Read full contribution
Creidim go bhfuil siad an-thábhachtach ó thaobh na saorántachta de agus ó thaobh na ndaoine óga atá ag fás suas inniu má tá freagracht le bheith sa saol poiblí agus i saol pearsanta an duine.
Trevor Sargent, Green Party
Read full contribution

Knowledge of the past is the key to unlocking the puzzles of the future. It enables us to understand — and at times of conflict understanding is important — and, perhaps, resolve conflicts. It gives an edge to our analysis of social, economics and political issues.
Kathleen Lynch, Labour Party
Read full contribution

Education is a discipline and I know of none that is better than the discipline of history well taught. What is the methodology of teaching history and what does history do for people? It teaches them to evaluate facts, to separate them from opinions and fiction and to make a judgment on what is true and what is false. Is that not one of the most [601] important gifts
Maureen Quill, PD
Read full contribution

Click on links below to read the full articles:

Literacy and Numeracy in History

Click on link below to read the full article: 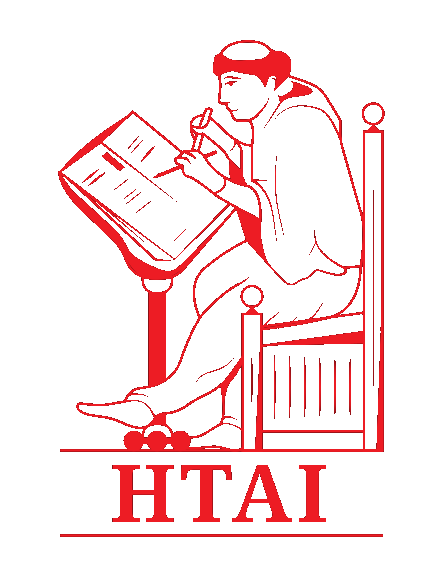